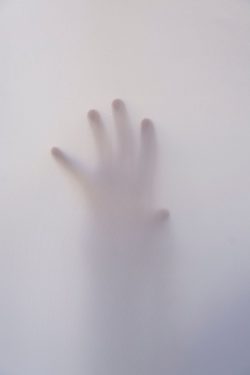 This is in *no way* a full list of podcasts that I love – not even close. I wouldn’t even say this is a full list of my favorite podcasts. These are just the 10 that came to mind. I did keep them evenly split, so a lot of Paranormal/True Crime podcasts were left out since I didn’t want to tip the scales too much.

The Dollop – This is the podcast that got me into podcasts. I love history and The Dollop is an amazing source of little-known American history. I have learned so much about the weird (and frequently awful) history of my country while laughing almost constantly.
Sawbones – Another history comedy podcast, but this time focused on medical history. The wife is a family doctor and the husband is a comedian and the whole thing is hilarious. You learn some gross stuff though, just be aware.
Stuff They Don’t Want You to Know – I almost put this under paranormal/true crime because of the conspiracy theories, but I think it deals with enough true not-crime that it can go in this section. Some of the episodes are hit or miss, but it’s a quality listen.
Stuff You Missed in History Class – I love history (obviously), and this is another podcast that dovetails into that interest. They try to focus on lesser known parts of history, like The Dollop, but aren’t restricted to American history and the hosts aren’t comedians. They *are* passionate about what they’re talking about and are delightful to listen to.
The Dream – Another one that could go under ‘true crime’, but is more of a study into why people fall for pyramid schemes and how they take advantage of people. It’s a really interesting insight into human nature and I wish there were more episodes.

Wife of Crime – Russ is a New Yorker with very little interest in true crime, Jess is his wife who has quite a lot of interest in true crime. Somehow Jess convinced Russ that he should let her tell him true crime stories on a podcasts, thankfully. I’ll be 100% truthful – Russ reminds me so much of Shane that I can’t not love the podcast. They think very similarly and I can relate *so hard* to Jess’ annoyance at the stuff Russ says, but also her clear love for him. #VoteForRuss
The Missionary – You could argue that this isn’t a ‘true crime’ podcast, but an investigation of some sad happenings. I would argue that a sting of deaths at an unlicensed medical facility run by a Christian missionary counts as true crime. The podcast also has a really interesting exploration of ‘white saviors’ and performative missionary work that’s really interesting.
And That’s Why We Drink – Paranormal + True Crime = my favorite. I get to hear ghost stories and true crime stories in the same podcast, and the hosts are pretty awesome, so that doesn’t hurt. I seriously love their relationship and their personalities.
Two Girls, One Ghost – Similar to the one above, but only paranormal stories. I don’t know what it is about two friends hanging out talking about creepy things but I’m here for it.
Real Life Ghost Stories – She loves ghost stories, he hates them, they both have fabulous accents, and they do a horror movie review every week so I don’t have to watch them. I really enjoy hearing both of their thoughts on the stories they tell.

I’m sure I’ll make more podcast-related lists if I hang around long enough. I wonder if there are good food podcasts…I’ll have to check that out.